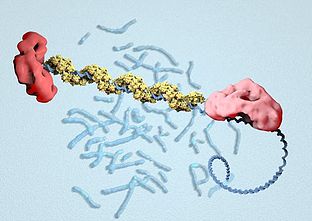 2for2 Boobs Wants You To Know Your Family History.  Click On Here For Your Printable Form That You Can Take To Your Doctor Appoitments With You and Share with your other Family Members
Click Here: My Family History Form

"I have a Family History of Breast Cancer on both sides of my family so it was important for me to get genetic testing in order to make informed decisions about my breast health care" Tallulah Anderson, Founder 2for2 Boobs

Ms. Jolie has the BRCA 1 mutation and lost her aunt, grandmother, and mother to cancer. If you have the BRACA 1 mutation you have an 87 percent risk of breast cancer and a 50 percent risk of ovarian cancer. Jolie made the decision to have a double mastectomy and her ovaries removed. In an Opinion Editorial in The New York Times in March 2005 she wrote

"I did not do this solely because I carry a BRCA1 gene mutation, and I want other women to hear this. A positive BRCA does not mean a leap to surgery. I have spoken to many doctors, surgeons and naturopaths.. . .There is more than one way to deal with any health issue.

Who exactly should be tested for BRCA 1 and 2 mutations?

Your Family History with Breast Cancer should be the driving force for your decision to be tested. The purpose of genetic testing is to identify those women and men who are at increased risk of breast, ovarian and other cancers based on there family history, so that steps to reduce or eliminate that risk can be taken.

Everyone (both men and women) has the BRCA 1 and BRCA 2 genes. They produce proteins that suppress tumors and ensure the stability of the cell's genetic material while repairing andy DNA that has been damaged. It becomes a problem when these genes are mutated, preventing them from doing what they were intended to do.

The BRCA mutation test is a simple blood test. Those who take the test undergo a pre-genetic counseling to assist in understanding the test and the possible results. 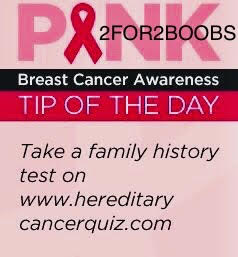 It will help you determine whether you should be further evaluated for Hereditary Breast Cancer or other hereditary cancers.

For more information or how you can help or volunteer please email at:  2for2boobs@gmail.com